Boundaries: we can set them, break them, be limited by them and move beyond them. This theme is found in both both art and science. Join a panel of local university students (from MIT, Northeastern, Harvard and Tufts) as they discuss their projects at the boundaries of science and the arts, and then join a conversation with them about ideas inspired by the world premiere of The Women Who Mapped the Stars at Central Square Theater. The conversation will also touch on themes of diversity and inclusion. After the matinee performance of The Women Who Mapped the Stars, the conversation will continue with actors from the cast and guest scientists. During the week of the Cambridge Science Festival, an interactive poster on display in the Central Square Theater lobby will invite audience members to express their opinions on diversity, inclusion and access in STEM and the arts. 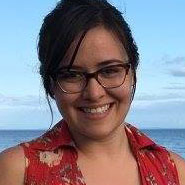 Harvard graduate student in Astrophysics, Chantanelle (Chani) Nava, is a Montana native who earned her B.A. in Physics with an Astronomy focus from the University of Montana. Chani performs research detecting and characterizing small planets around stars other than our sun, with the goal of detecting habitable planets that could potentially host life as we know it! Her love and interest in astronomy is fed largely by the natural universal wonder the science evokes and the connections it allows her to make with members of the community. When Chani isn’t doing something science related, she can be found focusing on one of her other loves: her family and friends, the outdoors, music, food, activism, and her cat, Kiki.

Ashley Villar is an astrophysics PhD student at Harvard University. She studies eruptions, explosions and collisions of stars in our night sky. Ashley is originally from Vero Beach Florida, before moving to Massachusetts to earn a degree in physics from MIT. She was inspired to study astronomy after reading the popular book, Death by Black Hole, while in middle school. You can read more about her work at ashleyvillar.com