On Wednesday, October 25, after the 7:30pm performance, join MassCreative for a post-performance conversation about Arts Advocacy and Activism and what you can do to make a difference.

In 2011, Wilson directed environmentalist and social entrepreneur Bob Massie’s campaign for the U.S. Senate. Previously he coordinated Health Care for All’s campaign to monitor the takeover of the nonprofit Caritas Hospitals by a for profit private equity firm.

As the National Director of the field staff for MoveOn.org from 2005-2006, Matt helped develop and implement the strategy behind MoveOn.org’s successful 2006 Call for Change, which recruited and trained more than 100,000 volunteers in 60 swing Congressional and Senate districts.

As the Founder and Director of Toxics Action Center from 1989 to 2005, Wilson assisted more than 300 neighborhood groups address toxic pollution issues in their communities. He grew the organization from one staffer working in Massachusetts to a New England-wide organization with 11 staff.

Wilson graduated from Dartmouth College in 1983 and also earned a Masters of Public Administration at the Harvard Kennedy School of Government in 2008. 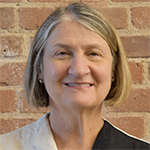 Betsy Groban joined MASSCreative as Deputy Director in June 2017. She oversees fundraising efforts to support the organization’s long-term sustainability, build out its administrative and governance infrastructure, and increase its communications and political advocacy capacity.

Previously, she was SVP & Publisher of Books for Young Readers at Houghton Mifflin Harcourt, where she oversaw the publication of 250 books annually. Under her leadership, the division achieved the strongest financial performance in its 150-year history. Prior to that, she was the Managing Director of WGBH Enterprises, where she spent nearly a decade developing new sources of revenue for the acclaimed public broadcasting producer.

Groban serves as VP of the Board of Directors of the Central Square Theater in Cambridge. She also founded the annual H.A. and Margret Rey Curious George Lecture series at the Cambridge Public Library. She has been instrumental in fundraising for various cultural and educational institutions.

Groban graduated from Barnard College with a degree in English literature. Totally Middle School, an anthology she edited, will be published by Random House in 2018.