“Women in Physics” – A post-show conversation with Dr. Janet Conrad 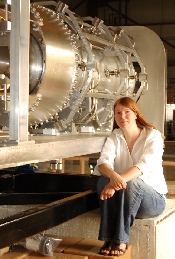 Dr. Janet Marie Conrad is a Professor of Physics at Massachusetts Institute of Technology and a leading researcher in neutrino studies – neutrinos being the lightest known matter particles in existence and a cornerstone in the long studied physics theory known as The Standard Model.

As a maverick female physicist performing groundbreaking research, it is an honor to have Dr. Conrad speaking with audiences about her work and the importance of women in science at this special one-night post-show event.