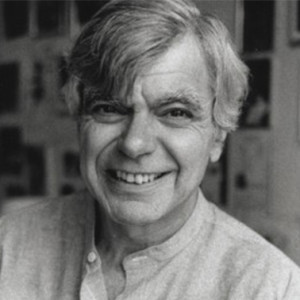 Join Alan Brody, author of The Midvale High School Fiftieth Reunion, after the show on Sunday, June 11, 2017, to discuss the play, his process and his thoughts on this world premiere production.

Alan Brody (Playwright) is a Professor Theater Emeritus at MIT. He has two plays currently under option for New York productions:  Operation Epsilon which was nominated for four Elliot Norton Awards in 2013 after a successful eight week run at the Central Square Theater and The Housewives of Mannheim which was produced at the New Jersey Rep in 2012 and subsequently moved to 59E59 in NYC. During his sabbatical Brody completed a new play, The Midvale High School Fiftieth Reunion.  It had its first public reading at the NJ Rep in March, 2014.  Brody teaches classes in playwriting, acting and script analysis. He directs Playwrights-in-Performance each spring, a production of original student-written scripts selected from work developed in 21M.785 Playwright’s Workshop. Professor Brody is an accomplished playwright; his plays have won numerous awards and had productions at such theaters as the Cincinnati Playhouse in the Park, the Aspen Playwrights Conference, the Berkshire Theater Festival, and Theater Forty in Beverly Hills. His play, Invention for Fathers And Sons, was the first winner of the annual Rosenthal Award at the Cincinnati Playhouse in the Park in 1989. It was subsequently produced at the American Jewish Theater in New York City. The Company of Angels was the recipient of the 1990 Eisner Award from the Streisand Center for Jewish Culture in Los Angeles. It had its world premiere at the New Repertory Theater in Massachusetts in the spring of 1993, and has been produced at the T. Schreiber Studio in New York and Theater Emory in Atlanta.  Three of his plays, Five Scenes From Life , Greytop in Love and One-on-One were developed at the Missouri Repertory Theater. Greytop in Love was subsequently seen at the Walnut Street Theater, Philadelphia, in 1998 starring Kim Hunter. His most recent play, Operation Epsilon, had an extended run at the Central Square Theater in the spring of 2013 under the auspices of The Nora Theatre Company and Catalyst Collaborative@MIT.  It was nominated for 4 Elliot Norton awards and 4 IRNE (Independent Reviewers of New England) awards.  It swept all four categories in the IRNEs including Best Play of 2013.  The dramatic oratorio, Reckoning Time: A Song of Walt Whitman, which he wrote in collaboration with composer Peter Child, had its world premiere at Jordan Hall with the John Oliver Chorale in March of 1995. Among his credits as a director are Vinie Burrows’ internationally acclaimed one-woman show, Sister! Sister! and the world premieres of two operas, T.J. Anderson’s Soldier Boy, Soldier and Ken Guilmartin’s The Marriage of Heaven and Hell.  Brody is also the author of two novels, Coming To (1973) and Hey Lenny, Hey Jack (1975).