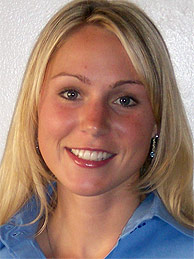 Join Dr. Preston for a conversation on women’s agency in literature, theater, and Intimate Exchanges!

Carrie Preston, Arvind and Chandan Nandlal Kilachand Professor and Director of Kilachand Honors College, is an Associate Professor of English and Women’s, Gender, & Sexuality Studies at Boston University. Her most recent book, Learning to Kneel: Noh, Modernism, and Journeys in Teaching (Columbia UP, 2016), considers the influence of Japanese noh theater on modernism with chapters on Ezra Pound, W.B. Yeats, Ito Michio, Benjamin Britten, Bertolt Brecht, and Samuel Becket. She won the the De La Torre Bueno Prize in dance studies for Modernism’s Mythic Pose: Gender, Genre, Solo Performance (Oxford, 2011). She is the author of articles on modernism, performance, dance, and queer theory in publications including Modernism/modernity, Twentieth-Century Literature, and Theater Journal.  Her research has been supported by fellowships and grants from the Japan Society for the Promotion of Science, the National Endowment for the Humanities, the Mellon Foundation, and the Peter Paul Professorship. She was named the 2015 United Methodist Church Scholar-Teacher of the Year.