Join Historian Elizabeth Wood on Friday, October 27, for a post-show discussion on the feminist rebellion in The Revolutionists! 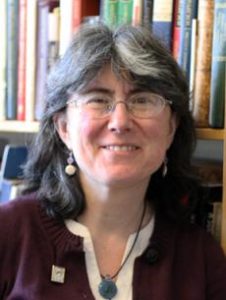 Elizabeth Wood teaches Russian and Soviet History at MIT, where she also co-directs the MIT-Russia Program.  She has written three books – one on gender (The Baba and the Comrade: Gender and Politics in Revolutionary Russia), one on mock trials performed as drama pieces (Performing Justice: Agitation Trials in Early Soviet Russia), and one (co-authored) on war (Roots of Russia’s War in Ukraine), so she is looking forward to The Revolutionists and its story of revolution, war and gender.