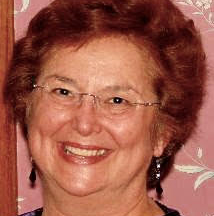 Join us after the 8pm show on Saturday, June 10th for a post-show conversation with sex therapist and midlife relationship expert, Suki Hanfling! Learn more about dating in your golden years, as well as building a relationship that will stand the test of time.

Suki Hanfling, MSW, LICSW, BCD is an American Association of Sex Educators, Counselors, & Therapists (AASECT) Certified Sex Therapist, Diplomate, and Educator. In 2001, she was presented with the first AASECT Award for “Outstanding Contributions to the Field as a Therapist, Teacher, & Supervisor” in the New England, New York area.

Suki Hanfling is the Founder & Director of The Institute for Sexuality & Intimacy in Waltham where she has her private practice and an advanced training and fee for service program in sex therapy for very experienced and skilled couple’s therapists. Suki has given over 375 presentations, workshops, grand rounds and courses on couples therapy, sexuality and sex therapy in the United States, Canada, and Europe. She has also been a guest speaker on numerous television and radio programs and is frequently interviewed by the media.

She was the Founder & Director of the former McLean Hospital Human Sexuality Program & The Co-Founder/Co Director of the former McLean Institute for Couples & Families where she worked for over 30 years. During her many years at McLean Hospital, Suki was elected the President of the Smith College Graduate School of Social Work Field Faculty Association and served from 1984-1990. Along with other McLean Staff she co-authored:  “What About My Needs?  Common Dilemmas in Couples Therapy with Survivors and Their Partners”, published in The Journal of Traumatic Stress. In 1986, she won the Second Annual McLean Hospital Social Work Service Award, which is given to the social worker that has made the greatest contribution to social work practice. As part of her job, she was asked to be the clinical consultant for The Watertown Multi Service Center which she did for over 10 years.

Suki was appointed to serve on the Professional Advisory Committee of the Mass. Association for Mental Health. She has also done private consultation on family therapy for the Children’s Services Unit of the Dorchester Mental Health Center.