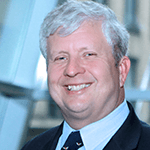 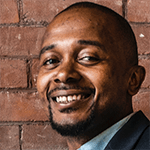 Brandon Ogbunu is an Assistant Professor at Brown University, in the Department of Ecology and Evolutionary Biology. Prior to that, he held positions in the Department of Biology at University of Vermont, the Department of Organismic and Evolutionary Biology at Harvard University, and the Broad Institute of MIT and Harvard. His research takes place at the crossroads between computational biology, evolutionary genetics, and epidemiology.  He ultimately aims to understand the many forces, genetic and environmental, that give rise to disease. Brandon’s broader interests transcend these formal research areas. He’s an active participant in the scientific communication, educational technology, health policy, and science-inspired art spaces. He was featured on the award-winning 2017-2018 WPSU-PBS digital series Finding Your Roots: The Seedlings, has served on the board of the Underground Railway Theater (Cambridge, MA), been a consultant for UNICEF and for startup tech companies that develop adaptive learning tools.  He sees all of these activities as serving his greater goal of democratizing science towards a more inclusive enterprise that is better equipped to solve cutting-edge scientific, environmental, ethical, and biomedical problems.