Anna Ziegler is an award-winning playwright whose play PHOTOGRAPH 51 won London’s 2016 WhatsOnStage award for Best New Play. It was selected as a “Best of the Year” play by The Washington Post (twice) and The Telegraph.

Her play BOY was nominated for the 2016 John Gassner Award by the Outer Critics Circle. In 2017, The Williamstown Theatre Festival, The Manhattan Theatre Club and The Geffen Playhouse premiered her play ACTUALLY (winner of the Ovation Award in Los Angeles for Playwriting of an Original Play), and The Roundabout Theatre Company produced THE LAST MATCH.

Her work has also been produced on the West End (PHOTOGRAPH 51, starring Nicole Kidman, winner of the Evening Standard Award for Best Actress) and at The Old Globe, Seattle Rep, The Ensemble Studio Theatre, The Magic Theatre, Playwrights Realm, City Theatre, and many more, and developed at the Sundance Theatre Lab, The O’Neill Playwrights Conference, NY Stage & Film, Soho Rep and the Cape Cod Theatre Project, amongst others.

Anna is developing a television series for HBO and a screenplay for Scott Free Productions. Oberon Books has published a collection of her work entitled Anna Ziegler: Plays One. 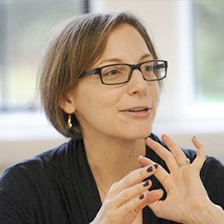