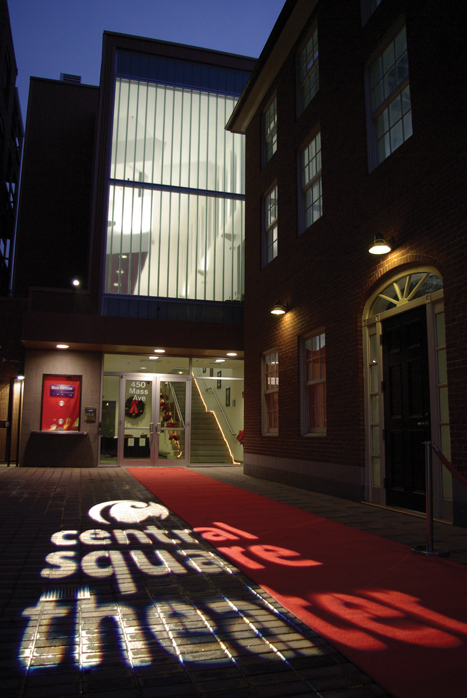 Central Square Theater, the oldest female-led theater organization in Greater Boston, is now one organization upholding the values and theatrical excellence of its origin companies, Underground Railway Theater and The Nora. Under the leadership of Executive Director Catherine Carr Kelly, Artistic Director Lee Mikeska Gardner, and its Board of Directors, CST is an innovator in the nonprofit arts field in collaborative leadership. The model will be expanded and a national search is currently underway for a Co-Artistic Director to join Gardner in leadership. Additionally, Director of Education and Community Initiatives, Kortney Adams, will be joining artistic and executive leadership as Central Square Theater further expands and focuses on education and mentorship.

Central Square Theater engages over 35,000 people annually through live performance, rigorous youth education, and community programs. CST works closely with MIT on Catalyst Collaborative@MIT (CC@MIT), one of the only nationwide partnerships between a world class research institute and a professional theater. CC@MIT creates and presents plays that deepen public engagement with science, while providing creative and emotional experiences not available in other forms of dialogue about science.

Central Square Theater’s education programs serve youth throughout Cambridge and Boston. Youth Underground (YU), CST’s award-winning youth development program, seeks to provide a platform for members to broaden their own perspectives and understand others, bringing them to a deeper understanding of self as they cultivate their artistry. YU members define themselves as change agents and emerging opinion leaders, in their neighborhoods and beyond.