Benjamin Benne (he/him/his) is a David Geffen/Yale School of Drama MFA Candidate in Playwriting and current member of the Dorothy Strelsin New American Writers Group at Primary Stages. His plays–including Alma (World Premiere: Center Theatre Group’s Kirk Douglas Theatre, forthcoming productions: ArtsWest and American Blues Theater) and In His Hands (forthcoming World Premiere: Mosaic Theater Company)–explore familiar, intimate relationships grounded in emotional realism but allow environment, time, and objects to invite elements of the surreal, absurd, and expressionistic into the fabric of their worlds. These works also center movement and sensory experiences of the human body to ask existential questions with wit and an imagistic dramaturgy.

Benjamin is represented by Paradigm Talent Agency, and selected works are available to read in full at New Play Exchange. 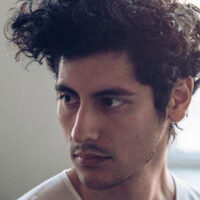