Danai Gurira is an award-winning playwright and actress. As a playwright, her works include In the Continuum (OBIE Award, Outer Critics Award, Helen Hayes Award), Eclipsed (NAACP Award; Helen Hayes Award, Best New Play; Connecticut Critics Circle Award, Outstanding Production of a Play), and The Convert (six Ovation Awards, Los Angeles Outer Critics Award). Danai’s new play Familiar received its world premiere at Yale Rep in 2015 and will premiere in New York at Playwrights Horizons in Winter 2016. All her works explore the subjective African voice. She is the recipient of the Whiting Award, is a former Hodder Fellow, and has been commissioned by Yale Rep, Center Theatre Group, Playwrights Horizons, and the Royal Court. She is currently developing a pilot for HBO. As an actor, she has appeared in the films The Visitor, Mother of George, 3 Backyards, and the television show Treme, among others. She currently plays Michonne on AMC’s The Walking Dead. She is the co-founder of Almasi Collaborative Arts, which works to give access and opportunity to the African Dramatic Artist. almasialliance.org. 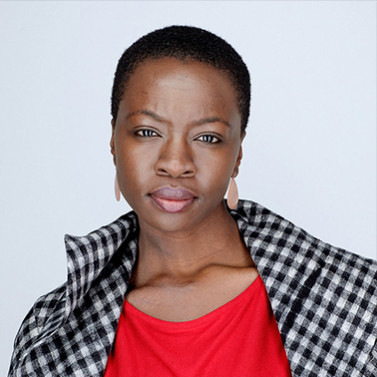