George Bernard Shaw (1856-1950) was born in Dublin, the son of a civil servant. His education was irregular, due to his dislike of any organized training. After working in an estate agent’s office for a while he moved to London as a young man (1876), where he established himself as a leading music and theater critic in the eighties and nineties and became a prominent member of the Fabian Society, for which he composed many pamphlets. He began his literary career as a novelist; as a fervent advocate of the new theatre of Ibsen (The Quintessence of Ibsenism, 1891) he decided to write plays in order to illustrate his criticism of the English stage. His earliest dramas were called appropriately Plays Pleasant and Plays Unpleasant (1898). In his later plays, discussion sometimes drowns the drama such as with Back to Methuselah (1921). Even so, this was the time period he worked on his masterpiece Saint Joan(1923), in which he rewrites the well-known story of the French maiden and extends it from the Middle Ages to the present. The Doctor’s Dilemma (1906), facetiously classified as a tragedy by Shaw, is really a comedy the humor of which is directed at the medical profession. Candida (1898), with social attitudes toward sex relations as objects of his satire, and Pygmalion (1912), a witty study of phonetics as well as a clever treatment of middle-class morality and class distinction, proved some of Shaw’s greatest successes on the stage. It is a combination of the dramatic, the comic, and the social corrective that gives Shaw’s comedies their special flavor. Shaw’s complete works appeared in thirty-six volumes between 1930 and 1950, the year of his death. 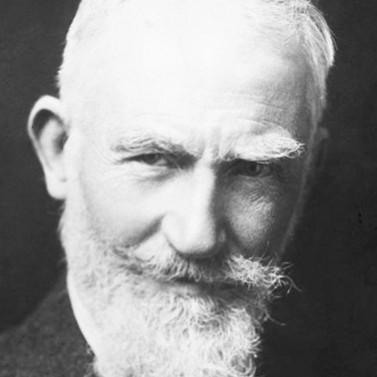