The passionately eclectic Gioia De Cari is an actress, playwright, classical singer and “recovering mathematician.” She began her performance career in experimental opera while a teaching fellow in mathematical logic at Harvard. Since then, she has played numerous leading acting roles in theater, commercials and films, including the multi-award-winning film Lower East Side Stories, which screened at the Museum of Modern Art in New York City, Slamdance, and many festivals in the United States and internationally.

Gioia’s first solo play, The 9th Envelope, which she wrote and performed, received a rave in OOBR: “De Cari commanded the stage with energy, poise and range.” Her second solo, Truth Values: One Girl’s Romp Through MIT’s Male Math Maze, an autobiographical story of her past life as a mathematician, has become a national hit. After receiving a Puffin Foundation grant, Truth Values premiered in the New York International Fringe Festival, winning a FringeNYC Overall Excellence Award for Best Solo Show and enthusiastic reviews: “[FOUR STARS] . . . De Cari . . . inhabits no fewer than 30 roles with gusto” (TimeOut New York); “Funny and insightful . . . replete with hilarious characters . . . The story is riveting . . . go see this show!” (CurtainUp). The play received its regional premiere on the mainstage of the Central Square Theater in Cambridge, MA, where it sold-out an extended run and was nominated for an IRNE (Independent Reviewers of New England) award. Truth Values continues to be in demand for touring engagements at universities and performing arts centers throughout the United States. 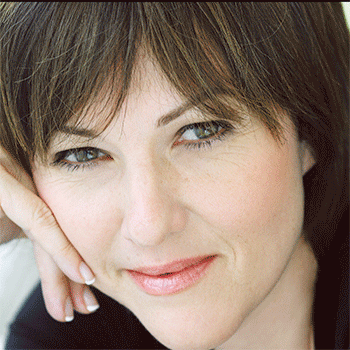