Holland Taylor is an American actor and playwright, best known for her performances in the series ‘Two and a Half Men’ and ‘The Practice.’ She was born and raised in Philadelphia and studied drama at Bennington College. Following her graduation, she moved to New York City to pursue a career in acting. Throughout the 1960s, the 1970s, and the 1980s, she was mostly known for her ‘Broadway’ and ‘Off-Broadway’ productions such as ‘The Cocktail Hour’ and ‘Butley.’ She continued to work in films even after making her TV debut with the 1969 TV film ‘J.T.’ Her first major role on TV arrived in 1980, when she starred opposite Tom Hanks in the sitcom ‘Bosom Buddies.’ Following this, she starred in many well-known TV series such as ‘The Powers that Be,’ ‘The Naked Truth,’ ‘Electric City,’ and ‘Two and a Half Men.’ She also starred in films such as ‘The Truman Show,’ ‘The Sex Monster,’ and ‘Legally Blonde.’ She has received a number of ‘Emmy’ nominations for her roles in the series ‘The Practice’ and ‘Two and a Half Men.’ 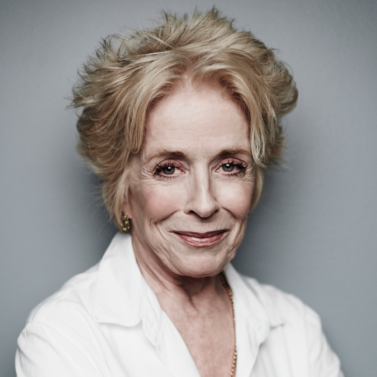