Hubens “Bobby” Cius is a multifaceted performing artist. While his strengths are in acting and dancing, he also has interest in exploring writing, choreography, filmmaking, and directing. Bobby recently graduated from Salem State University, where he received his Bachelor’s degree in Theatre with a concentration in performance. Some of his past works include,  Anon(ymous),  Honeymoon Motel, Ragtime, Hairspray, a number of original/devised works, and most recently, A Free Man of Color, Which he received a Kennedy Center American College Theatre Festival nomination for. Bobby is thrilled to kickoff his professional career with The Front Porch Arts Collective & Underground Railway Theater this season with Black Odyssey Boston in his hometown at the Central Square Theater! 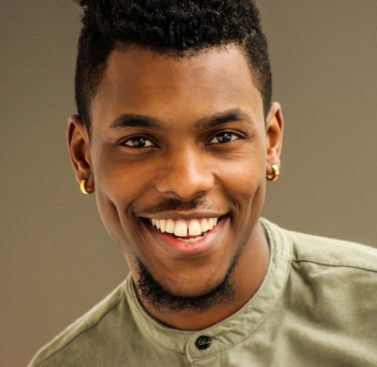