Joyce Van Dyke’s The Women Who Mapped the Stars, commissioned by Central Square Theater with early script development assistance from The Poets’ Theatre and Jessica Ernst, is the inaugural play in the Brit D’Arbeloff Women in Science Production Series.  Running simultaneously with this premiere is the off-Broadway premiere of Daybreak, about two women survivors of the Armenian genocide. Daybreak is produced by Pan Asian Repertory Theatre with the support of the National Endowment for the Arts (April 21-May13).  It was previously produced in 2015 at Tufts; an earlier version had a workshop production in 2012 by Boston Playwrights’ Theatre under the title, Deported / a dream play. Joyce’s other plays include The Oil Thief, commissioned by the Ensemble Studio Theatre / Sloan Project, produced by Boston Playwrights’ Theatre and winner of the Elliot Norton Award for Outstanding New Script (2009).  A Girl’s War, produced by Golden Thread Productions (2009), New Repertory Theatre (2003), and Boston Playwrights’ Theatre (2001), won the Gassner Award and the Boston Globe’s “Top Ten” plays of 2001. Joyce has been awarded residencies from the MacDowell Colony, the Huntington Theatre Playwriting Fellows program, and Central Square Theater’s PlayPen. She teaches playwriting and Shakespeare at Northeastern and Harvard.  JoyceVanDyke.com 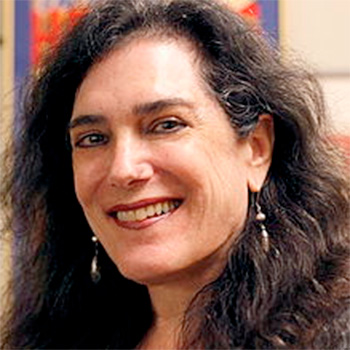