Lauren Gunderson is a playwright, screenwriter and short story author from Atlanta, GA. She received her BA in English/Creative Writing at Emory University, and her  MFA in Dramatic Writing at NYU Tisch, where she was also a Reynolds Fellow in Social Entrepreneurship.

She was awarded the prestigious Steinberg/ATCA New Play Award for her play, I and You (also a Susan Smith Blackburn Blackburn finalist). That play was an NNPN Rolling World Premiere that started at Marin Theatre Company and heads to 3 cities in 2014. Bauer, commissioned by San Francisco Playhouse, will premiere there and in NYC at 59E59 in 2014. Her play Silent Sky (Jane Chambers Award finalist) premiered at South Coast Rep in 2011 and was further developed and rewritten for TheatreWorks, which opened to raves calling it “sheer magic”. Her 2011 3-city rolling world premiere of Exit, Pursued By A Bear, was featured in American Theatre Magazine and The Week, and has reached 20 communities across the US winning “Best Comedy” accolades. Bear is now published by Playscripts, as is her comedy, Toil And Trouble, after premiering in Berkeley to raves.

Her first musical, The Amazing Adventures of Dr. Wonderful and Her Dog! commissioned by The Kennedy Center, opened last fall to rave reviews and continues its life in a state-wide tour in Florida this summer. Dr. Wonderful  is becoming a series of children’s books published by Amazon.  Emilie: La Marquise Du Chatelet Defends Her Tonight (published by Samuel French) was commissioned and premiered at South Coast Rep in 2009, and has run across the country and in England. By And By premiered at Shotgun Players in Berkeley. Fire Work was developed at The O’Neill National Playwrights Conference, and is a 2011 winner for Aurora Theatre’s Global Age Project, and will premiere at Theatre First in 2014. She has developed plays with Second Stage, Red Bull, and Primary Stages in NYC; New Rep in Boston; Playwrights Foundation, Crowded Fire, TheatreWorks, Aurora Theatre, and The Magic Theatre in San Francisco; Kitchen Dog Theatre in Dallas; Synchronicity, Actor Express and Horizon Theatre in Atlanta; JAW at Portland Center Stage in Portland; WORDBridge, Brave New Works, and others.

Her work has received national praise and awards including being a Steinberg/ATCA New Play Award finalist, a Susan Smith Blackburn finalist, a Jane Chambers Award finalist,  and winner of the Berrilla Kerr Award for American Theatre, Global Age Project, Young Playwright’s Award, Eric Bentley New Play Award and Essential Theatre Prize. She has been commissioned by South Coast Rep (3 times), Crowded Fire, The Alliance Theatre’s Collision Project, Marin Theatre Company, Actors Express Theatre, Dad’s Garage Theatre, Theatrical Outfit, City University of New York and Synchronicity Performance Group. Leap was published with Theatre Emory’s Playwriting Center (2004), and her first collection of plays, Deepen The Mystery: Science and the South Onstage, is published with iUniverse (2006). She has developed plays with Second Stage and Primary Stages in NYC, New Rep in Boston, Playwrights Foundation, Crowded Fire, Aurora Theatre, and The Magic Theatre in San Francisco, Kitchen Dog Theatre in Dallas, Actor Express and Horizon Theatre in Atlanta, JAW/West in Portland, WORDBridge, Brave New Works, and others. She received a Sloan Science Script Award (2008) for her screenplay Grand Unification. Leap was published with Theatre Emory’s Playwriting Center (2004), and her short story, “The Ascending Life”, won the Norembega Short Fiction Award and was published in the anthology, The Shape of Content; her science play Background was published in ISOTOPE: A Journal of Nature and Science Writing. Her string theory poem “Hook of a Number” was published in the anthology Riffing On Strings.

She has spoken nationally and internationally on the intersection of science and theatre and Arts Activism, and teaches playwriting in San Francisco. She is a Playwright in Resident at The Playwrights Foundation, a Dramatists Guild member, and was a member of Just Theatre’s New Play Lab. She writes for The Huffington Post, The Wall Street Journal, tweets @LalaTellsAStory, and curates HowToPlaywright.com. 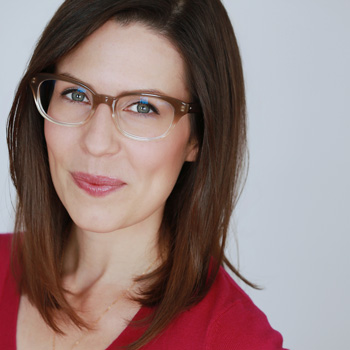