Veteran Texas stage, film and television actress Libby Villari, best known for her recurring role as Mayor Rodell in NBC’s “Friday Night Lights”, and her turn as the Grandmother in “Boyhood”, for which she and the rest of the cast won the SAG Award, says the real genesis of her film career came with the notion Texas Governor (1991-1995) Ann Richards had to persuade California film and television producers to come shoot their projects in Texas, ya’ll!  Texas became “the third coast” for filmmakers and Villari’s screen career took off.  She did 13 screen projects during Ann’s 4 year tenure, and she hasn’t stopped since. Villari has a knack for being hired by legendary directors like Robert Altman, Clint Eastwood, Alan Parker, Lasse Halstrom, Robert Rodriguez, Richard Linklater, Peter Berg and David Nutter.  In 2002, after a 30 minute improv session with Ethan Hawke, Linklater cast Libby as Patricia Arquette’s mother Katherine in his epic film “Boyhood”, which shot over a period of 12 years and won Best Picture at The Golden Globes, People’s Choice and Spirit Awards.  In 2005, Peter Berg tapped Villari to play Mayor Lucy Rodell on “Friday Night Lights” because she reminded him of Ann Richards, and he fashioned her character accordingly – a hell on wheels politician.  Villari has guest-starred on numerous television series, including Grey’s Anatomy.  (See her full resume on imdb.com) Libby’s made over 40 films in her 30 years in the business, starred in numerous plays, toured with theater companies like the Southern Theatre Festival, and performed with the legendary Hip Pocket Theatre at the Edinburgh Theater Festival. She has two new films about to premiere: “Yellow Rose”, starring Broadway star Eva Noblezada, has won Grand Jury prizes at film festivals around the country, soon to be released by Sony Pictures, and “The Vast of Night” coming to Amazon.  Libby holds a B.A. in Theater from North Texas State Univ. She is now focused on performing Holland Taylor’s ANN in regional theaters around the country, with Taylor’s blessing and support.  Her ANN has already played several houses including  the Zach Theatre in Austin and the Dallas Theater Center,  and will be seen this year at Laguna Beach Playhouse, the Nora Theatre in Cambridge, and Theatre Squared in Arkansas. She splits her time between L.A. and Eagle Mountain Lake in Texas where she shares home and hearth with her husband of thirty years and her critters. Special thanks to Holland Taylor, Matt Barnes, & Kevin Bailey. Represented by Progressive Artist’s Agency & Rothman/Andres Entertainment Management. 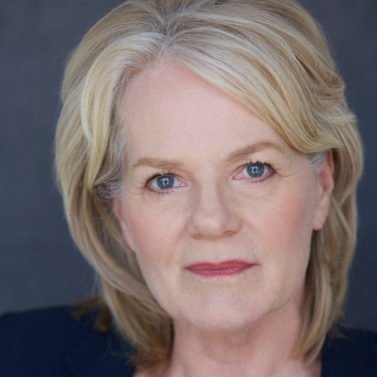