Matilda Fletcher (Cratchit Girl et al.) is excited to be making her Central Square Theater debut. She’s appeared in Wheelock Family Theatre’s Akeelah and the Bee (as ‘crying girl’), and took acting classes at Stage School Australia, where her favourite role was Sophie in The Lost King. The past two summers, she’s had a blast at ImprovBoston’s summer ComedyClinics. Matilda, 10, likes reading, playing soccer, making miniature food out of buttons, and pretending to be someone else on stage. She’s fond of a pun. 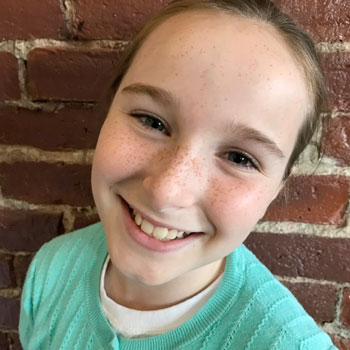