Mishy Jacobson (Ada Lovelace) (she/her/hers) is excited to make her debut at Central Square Theater.  Recent credits include: The Thanksgiving Play at Olney Theatre Center, Allegory at La Jolla Playhouse (Without Walls), and the eponymous role in Coriolanus in repertory with The Winter’s Tale at Shakespeare at Stratford.  Additional credits: The O’Neill Theater Center (NTI): Sit with Us, A Musical History of the Modern Motor Vehicle, An Adaptation of the Oresteia; Ovalhouse Theater (Off West-End, London): Under Milk Wood (Voice 1, Polly Garter); BADA: Miss Julie (Miss Julie), The Tempest (Miranda), Fewer Emergencies (Voice 1); Bonn Studio Theater: Honor, Shame, and Violence/Tina Packer’s Shakespeare Anthology Project (Juliet).  Mishy graduated Summa Cum Laude from Boston College and she is also a graduate of The British American Drama Academy (BADA), Shakespeare & Company, The National Theater Institute, and Shakespeare Academy at Stratford.  She has been interning and training with Christopher Bayes for the past two and a half years.  Mishy produced The Renaissance Reborn: In Conversation with Carl Cofield and Ty Jones and writes for the United Nation’s Human Rights Initiative, The Cities for CEDAW.  [As of August 2022] 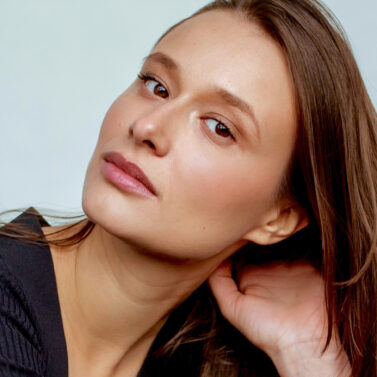