Paul Melendy (William Dobbin, Miss Pinkerton, Rose Crawley, Gentleman 1, Servants 2 & 3) Central Square Theater: A Disappearing Number; Paul is elated to be reunited with not only Underground Railway Theater, but with director David Gammons as well – seen last with the former in 2014, and the latter in 2007’s Titus Andronicus. Recent New England stage performances include The Wickhams: Christmas at Pemberley (Merrimack Repertory Theater), the title role in Noir Hamlet (Centastage), of which he enjoyed a successful Scottish run of at the Edinburgh Fringe Festival this past August, tackling a Clown in Gloucester Stage Company’s The 39 Steps, playing as Narrator for Peter and the Wolf with the Boston Youth Symphony Orchestra (Symphony Hall), and taking on Patrolman Mancuso in A Confederacy of Dunces starring Nick Offerman (Huntington Theatre Company). Paul is a regular onstage in Boston’s ongoing Shear Madness as Tony at the Charles Playhouse and is remembered on local television screens in a popular Bernie and Phyl’s ad as The Naked Guy. In addition to Vanity Fair this season, he can also be seen in 2020 in Merrimack’s upcoming The Lowell Offering, in Greater Boston Stage Company’s Miss Holmes Returns, and on the silver screen with Love, Weddings & Other Disasters, starring Jeremy Irons and Diane Keaton. Other film credits include Father of the Year, Unfinished Business, The Pink Panther Deux, and The Makeover. For even MORE info on Paul, here’s his website: PaulMelendy.com. Thank you for your gracious attendance! 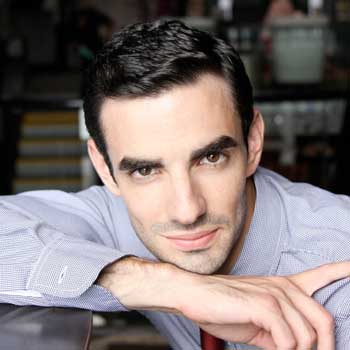