Rajiv Joseph’s Broadway play, Bengal Tiger at the Baghdad Zoo was a 2010 Pulitzer Prize finalist for drama, and also awarded a grant for Outstanding New American Play by the National Endowment for the Arts. Joseph’s New York productions include Gruesome Playground Injuries, Second Stage Theatre, 2011; Animals Out of Paper, Second Stage Theatre, summer 2008; The Leopard and the Fox (adaptation), Alter Ego, fall 2007; Huck & Holden, Cherry Lane Theatre, 2006; All This Intimacy, Second Stage Theatre, 2006. World premieres of new plays this year, include The North Pool at Theatre Works in Palo Alto; The Lake Effect at Crossroads Theatre in New Jersey; and The Medusa Body at the Alley Theatre. He received his BA in Creative Writing from Miami University and his MFA in Dramatic Writing from NYU’s Tisch School of the Arts. He served for three years in the Peace Corps in Senegal. 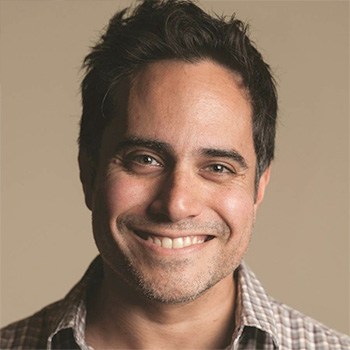