Literaryperformer, Regie Gibson, has lectured & performed widely in the U.S., Cuba & Europe. As a representative of the U.S., Regie competed for & received the Absolute Poetry Award in Monfalcone, Italy as well as the 2018 Europa in Versi Award from the Casa della Poesia in Como, Italy. Himself & his work appear in “love jones” a feature-film based on events in his life. He’s been featured on HBO’s Def Poetry Jam, various NPR programs, nominated for a Boston Emmy & has been a featured presenter for several Ted X events. He’s served as a consultant for both the National Endowment for the Arts “How Art Works” initiative & the “Mere Distinction of Color”: an exhibit at James Madison’s Montpelier, examining the legacy of slavery & the U.S. constitution. Regie has performed with & composed texts for, The Boston City Singers, The Mystic Chorale & the Handel+Haydn Society. He’s been published in Poetry Magazine, Harvard’s Divinity Magazine, & The Iowa Review, among others. His volume of poems, “Storms Beneath the Skin”, has received the Golden Pen Award and he is a recent recipient of a 2017 Brother Thomas Fellowship for Artistic Excellence from The Boston Foundation. Regie teaches at Grub Street, Clark University, is part of the Emerson College Summer Faculty & is both Poet-in-Residence and head instructor for the Mass Poetry “Poets in the Schools Program” through Lesley University. When Regie is not teaching, he is the lead singer for Atlas Soul: A world music, global funk ensemble & is Artistic Director of Shakespeare to Hiphop’s “Shakespeare Time-Traveling Speakeasy”: a multimedia performance focusing on the life, works & influence of William Shakespeare. 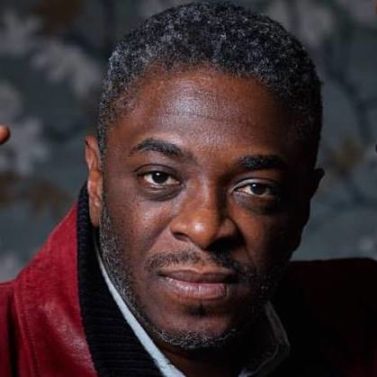