Simon McBurney is an English actor, director, writer and winner of the Olivier and Tony awards. Recognized as one of the most important theatrical creators working in Britain over the last decades, McBurney’s helped to found the theater company Complicite which introduced a highly visual and physical element that has reinvigorated British theater.

In 1977, McBurney attended Cambridge University to study English although his main training was at the Footlights Theatre Club where his acting style became more wordless and grounded in physicality which at that time pegged him as a comic actor. He was invited to perform at the London Comedy Store and offered a slot on BBC Radio 4. It was at this time, however, that McBurney was shaken by his father’s death and decided to leave England to study mime at the Jacques Lecoq mime school in 1981. The visual texture of theater was very important to McBurney, he wanted to make, as he has said, “theater that I can see and Jacques gave me the materials to do that.”

It was in Paris where he met the co-founders of what would become Complicite; Annabel Arden (already a friend and acquaintance), Marcello Magni and Fiona Gordon. Complicite began in Paris where to test out the chemistry of the group, McBurney and Gordon sat on a stage in lawn chairs to test what a teacher of McBurney’s had said, “that if you just sit on a stage and do nothing, something will happen.” The two of them had an audience rolling with laughter in their hour and a half long performance. The group moved to England in 1983 and remained a tenuous group of travelers with a common bond albeit each member felt they had their own distinctive vision. Complicite remained little more than a group of people with a musing for about 5 years. The anarchic tension continued even after the Almeida theater offered the troupe a space to realize the vision of Complicite in 1989. It wasn’t until the group put together The Visit soon after being given a space to realize their intentions, that the aim of Complicite began to come together as a singular vision.

The Visit a tragicomedy by playwright Friedrich Durrenmatt, took on a radical interpretation under Complicite. While up until that point the play had usually been developed under a view of naturalism, the troupe came up with an altogether spectacular physicality with the lead character appearing as a reptile on crutches (the stagings previously had shown the character as a realistically played heiress in a revenge drama). Contrary to merely spectacularizing the story, the troupe worked with text relentlessly reading in English and the original German, uncovering possibilities of its physicality and visual implications. As Claire Armitstead from The Guardian wrote, “marked an important staging post in the life of an increasingly important company. Apart from the obvious implications in terms of an avant garde company now ready to engage with mainstream literature, Arden’s feisty production is one in the eye for anyone who was inclined to dismiss Complicite’s work as physical buffoonery.” The Visit was incredibly popular during its 15-week stint at the Almeida that it was revived in 1991 at the National cementing the impact of Complicite and McBurney’s reshaping of the look and feel of theater.

Likewise, An Elephant Vanishes works with contemporary themes of a cultural sort. Based on Haruki Murakami’s collection of short stories which McBurney adapted for the stage, the staged collage centers around a missing elephant that appears in various unexpected ways throughout the interwoven stories. As McBurney said of the production, “Murakami puts his finger on something which we all feel. Sometimes people talk about an urban anomie or a dislocation, but I think it’s much more specific than that. I think that in this ultra-consumerist society we live in, we are experiencing a disquiet particular to the way we are living.” The performance, staged in England and in the United States at Lincoln Center, enjoyed great critical acclaim as piece that used high-tech style as well as storytelling equally well. 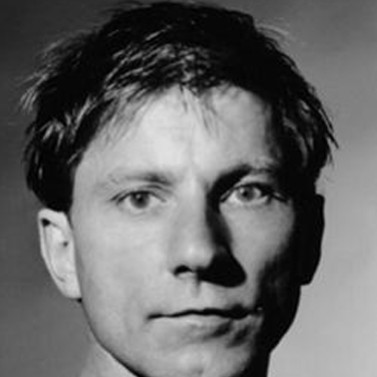