Will Lyman is well known to Boston audiences, for his work with Commonwealth Shakespeare Co. of which he is a founding Board Member (King Lear, Prospero, Claudius, Brutus), Israeli Stage (Oh God, Ulysses on Bottles), the Huntington (All My Sons, Guess Who’s Coming to Dinner, Dead End), New Rep (Long Day’s Journey into Night, Exits and Entrances, Clean House, Ice Breaker,) Speakeasy (The Dying Gaul), Wheelock (To Kill a Mockingbird), Boston Playwrights’ Theatre (The Wrestling Patient in collaboration with Speakeasy, King of the Jews, A Girl’s War,) and the Nora (Equus, Operation Epsilon). Elsewhere in the U.S. he has performed with the Denver Center, Hartford Stage, Pennsylvania Stage, American Place, George Street Playhouse, NJ Shakespeare, and several Off Broadway productions in New York. He has narrated with the National Symphony (Ivan the Terrible,) and acted in conjunction with the BSO (A Midsummer Night’s Dream), the Cleveland Symphony (Every Good Boy Deserves Favor) and the Handel and Haydn Society (Medea.) He is a multiple recipient of the Norton and IRNE Awards and was honored with the Howard Keel Award for service to the Screen Actors Guild. He was given 2013’s Norton Award for Sustained Excellence and 2015’s NETC Award.

Film: A Perfect Murder, The Siege, Welcome to the Dollhouse, Mystic River, Little Children (narrator), What Doesn’t Kill You.

He has narrated the PBS public affairs program “Frontline“ since the second season. On a more whimsical note, he also voices the long-running “Most Interesting Man in the World” ads, and has appeared as himself on The Simpsons. 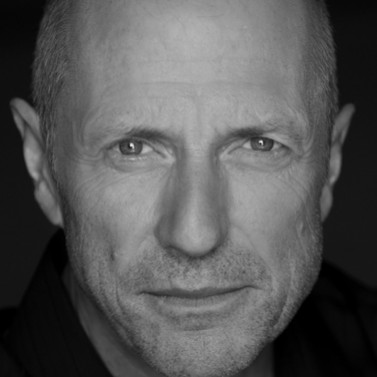