What would an artistic collaboration between a spider and a human sound like? Look like?
Come see and hear Starlight Square transformed into Spider’s Canvas / Arachnodrone – an interspecies collaboration! A magical co-creation of the South American Cyrtophora citricola spider, composer Evan Ziporyn, composer/visual artist Christine Southworth, sound artist Ian Hattwick, spider researcher Isabelle Su, and artist Tomás Saraceno — as well as MIT Engineering Professor Markus Buehler, who will give us an insider’s view on how the musical and visual improvisations are inspired by the innate vibrations of living things we so often take for granted – by the miraculous webs of spiders.
This is part of Catalyst Collaborative@MIT – an ongoing partnership exploring intersections of science and the arts. 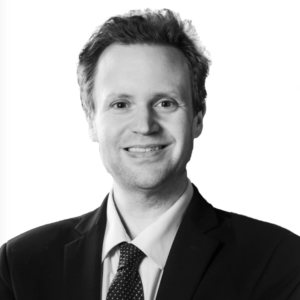 After the performance join us for a conversation with Markus J. Buehler, a material scientist and composer of experimental music with an interest in sonification, is the McAfee Professor of Engineering at MIT at MIT’s Laboratory for Atomistic and Molecular Mechanics.

His primary research interests focus on the structure and mechanical properties of biological and bio-inspired materials, to characterize, model and create materials with architectural features from the nano- to the macro-scale. Much of his research deals with protein materials – the basic constituent of all life – rendering complex materials such as cells, blood vessels, but also spider silk and viruses. Using an array of theoretical, computational and experimental methods, his work seeks to understand the means by which nature creates materials, with applications in bio-inspired engineering.

His most recent book, Biomateriomics, presents a new design paradigm for the analysis of biomaterials using a categorization approach that translates insights from disparate fields. Using an approach termed “materiomusic”, his work explores the creation of new forms of musical expression – such as those derived from the innate vibrations of biological materials and living systems – as a means to better understand the underlying science and mathematics. In recent work he has developed a new framework to compose music based on proteins – the basic molecules of all life, as well as other physical phenomena such as fracture singularities, to explore similarities and differences across species, scales and between philosophical and physical models. One of his goals is to use musical and sound design, aided by AI, as an abstract way to model, optimize and create new forms of matter from the bottom up – across scales (e.g., from nano to macro) and species (e.g., from humans to spiders). His work spans multiple disciplines and straddles the interface of science and art in multiple dimensions, both as a tool to educate and as a tool to understand and design.

Buehler is the recipient of many awards including the Harold E. Edgerton Faculty Achievement Award, the Alfred Noble Prize, the Feynman Prize in Nanotechnology, the Leonardo da Vinci Award, and the Thomas J.R. Hughes Young Investigator Award. He is a recipient of the National Science Foundation CAREER award, the United States Air Force Young Investigator Award, the Navy Young Investigator Award, and the Defense Advanced Research Projects Agency (DARPA) Young Faculty Award, as well as the Presidential Early Career Award for Scientists and Engineers (PECASE). In 2018, Buehler was selected as a Highly Cited Researcher by Clarivate Analytics. In 2019, he received the Materials Horizons Outstanding Paper Prize, and his work was recognized as a highly cited author by the Royal Society of Chemistry. A frequent collaborator with artists, he is a member of the MIT Center for Art, Science and Technology (CAST) Executive Committee.

Questions? Ask Us A Question About Starlight Square