Join us on May 18th following the 8pm performance of black odyssey boston for a post-show conversation with playwright, Marcus Gardley. 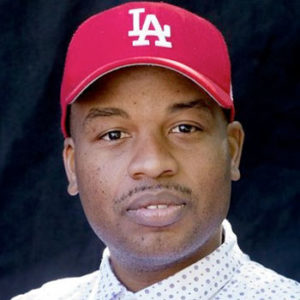 Marcus Gardley is a poet-playwright who was awarded the 2011 PEN/Laura Pels award for Mid-Career Playwright. His most recent play, Every Tongue Confess, premiered at Arena Stage starring Phylicia Rashad and directed by Kenny Leon. It was nominated for the Steinberg New Play Award, the Charles MacArthur Award and was a recipient of the Edgerton Foundation New Play Award. His musical, On The Levee, premiered last summer at LCT3/Lincoln Center Theater and was nominated for 11 Audelco Awards including outstanding playwright. Last spring, his play, And Jesus Moonwalks the Mississippi, was produced at The Cutting Ball Theater and received the SF Bay Area Theatre Critics Circle Award nomination for outstanding new play and was extended twice. He has had six plays produced including dance of the holy ghost at Yale Repertory Theatre (now under a Broadway option,) (L)imitations of Life, at the Empty Space in Seattle, and like sun fallin’ in the mouth at the National Black Theatre Festival. He is the recipient of a Helen Merrill Award, a Kesselring Honor, the Gerbode Emerging Playwright Award, the National Alliance for Musical Theatre Award, the Eugene O’Neill Memorial Scholarship, and the ASCAP Cole Porter Award. He holds an MFA in Playwriting from the Yale Drama School and is a member of New Dramatists, The Dramatists Guild, and The Lark Play Development Center. He is a professor of Playwriting at Brown University.