Post-Show Conversation with Deborah Blum – Who is the Monster?

Who is the monster? Does science undermine our moral code? A conversation about Mary Shelley’s Frankenstein as a forerunner to questions still being posed today, 200 years after its publication. 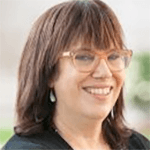