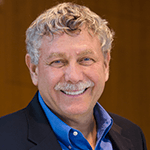 Eric Lander is president and founding director of the Broad Institute of MIT and Harvard. A geneticist, molecular biologist, and mathematician, he has played a pioneering role in the reading, understanding, and biomedical application of the human genome. He was a principal leader of the Human Genome Project. Lander is professor of biology at MIT and professor of systems biology at Harvard Medical School. From 2009 to 2017, he served as co-chair of the President’s Council of Advisors on Science and Technology. Lander’s honors include the MacArthur Fellowship, Gairdner Foundation Award, Dan David Prize, and Breakthrough Prize in Life Sciences.