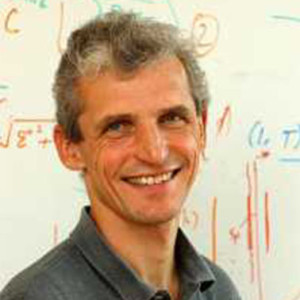 Please join us for a post-show conversation with Professor and Nobel Laureate Wolfgang Ketterle as we discuss the relation between scientific and religious narratives.

Wolfgang Ketterle has been the John D. MacArthur professor of physics at MIT since 1998. He received a diploma (equivalent to master’s degree) from the Technical University of Munich (1982), and the Ph.D. in physics from the University of Munich (1986). He did postdoctoral work at the Max-Planck Institute for Quantum Optics in Garching and at the University of Heidelberg in molecular spectroscopy and combustion diagnostics. In 1990, he came to MIT as a postdoc and joined the physics faculty in 1993. Since 2006, he is the director of the Center of Ultracold Atoms, an NSF funded research center, and Associate Director of the Research Laboratory of Electronics. His research group studies properties of ultracold atomic matter. For his observation of Bose-Einstein condensation in a gas in 1995, he received the Nobel Prize in Physics in 2001. Other honors include the Gustav-Hertz Prize of the German Physical Society (1997), the Rabi Prize of the American Physical Society (1997), the Fritz London Prize in Low Temperature Physics (1999), the Benjamin Franklin Medal in Physics (2000), and a Humboldt research award (2009).