Pre-Show Symposium: “Srinivasa Ramanujan – The Man and his Mathematics”

Ramanujan’s groundbreaking formulas challenged future mathematicians; it took 100 years to discover what was behind them. What was at the heart of the work of the largely self-taught genius? How did his cultural background help form his unique perspective on mathematics? What was surprising about his work in 1913, and how is his legacy felt today? 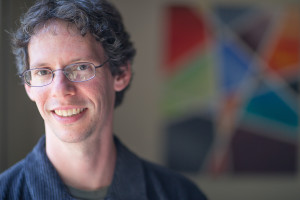 Larry Guth is a professor of mathematics at MIT.  He studies geometry and discrete math.  Like many mathematicians, he’s interested in how different parts of math connect with each other.  He’s also interested in theater and did some acting in college. 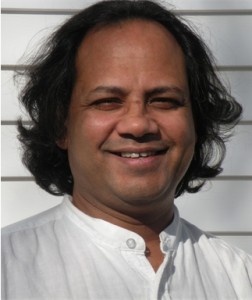 Subrata Das is a stage director, translator, and playwright. He is the director of the Boston-area theater company SETU, which means ‘bridge’ in many Indian languages; SETU performs in English, to provide a bridge between South Asia, the east, and the west. He is also president of the Cambridge-based company, Machine Analytics, and is interested in exploring the relationship between acting for the stage and the human cognitive thought processing that he researches and builds simulations of at his workplace.