Imagine: in 1913, renowned mathematician G.H. Hardy receives a letter from a complete stranger: pages of theorems that he cannot comprehend. How did he recognize Ramanujan’s genius? And although the collaboration between Ramanujan and Hardy was unique, there are other examples of scientific partnerships made across cultural divides, initiated by letters from India. What did they produce? And how might the history of Indian mathematics prepared the way for Ramanujan’s unique approach? 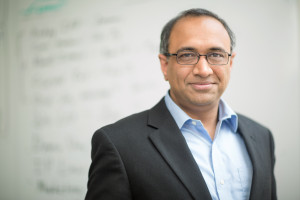 Sanjay Sarma is Director of Digital Learning at MIT, overseeing MITx and MIT OpenCourseWare. A self-described disrupter in both his academic and entrepreneurial life, he and his colleagues have pioneered technologies and standards that have radically changed the way products are tracked worldwide. His many recognitions include a National Science Foundation Career Award and the Keenan Award for Innovation in Undergraduate Education. Sarma brings cutting edge learning to worldwide learners through his MIT Professional Education Short Programs: Radical Innovation. MIT President Rafael Reif has described Sarma’s role as “experimenter-in-chief.” 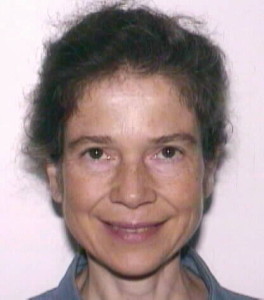 Emma Previato is Professor of Mathematics at Boston University, and a Fellow of the American Mathematical Society. She earned a Ph.D. from Harvard, has published over 75 research articles, co-edited three books, and given over 200 presentations nationally and abroad. She is recipient of a Mathematical Association of America Award for Distinguished University Teaching, and founded the BU Student Chapter of the Association for Women in Mathematics. She has organized international research conferences; created an annual outreach symposium – AFRAMATH; and serves as mentor in several professional STEM programs.