Scholar Social – The Enduring Power of Dickens’ A Christmas Carol 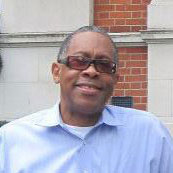 Join us after the performance for a conversation with Jude Nixon, Professor of English at Salem State University, whose teaching interests reflect a perfect intersection for Central Square Theater’s adaptation of A Christmas Carol: Victorian literature and culture, and Anglo-Phone Caribbean literature. Professor Nixon is the former Dean of the College of Arts and Sciences at Salem State, and is a habilitated Professor in the Polish Academy. He is the author of several books, including Gerard Manley Hopkins and His Contemporaries: Liddon, Newman, Darwin and Pater; and Victorian Religious Discourse: New Directions in Criticism.