Avery Bargar is thrilled to make his Central Square Theater debut as Hal in Proof. Recent credits include Benvolio in Romeo & Juliet with Elm Shakespeare Company, Brendan in Brendan with Happy Medium Theatre, Coke in Dog Act with Theatre on Fire, and Cornwall in King Lear with Hubbard Hall, in New York. In Boston Avery has also worked with Hibernian Hall, Commonwealth Shakespeare Company, and Brown Box Theatre Project. An avid improviser, he performs as an actor and as a music director with ImprovBoston. Avery has a B.A. in theatre from Pitzer College and has also studied at L’École Philippe Gaulier, Shakespeare & Company, and with the late great Gary Austin, founder of The Groundlings. After Proof, you can see him as Don Pedro in Much Ado About Nothing with Actors Shakespeare Project. Check out www.averybargar.com for more! 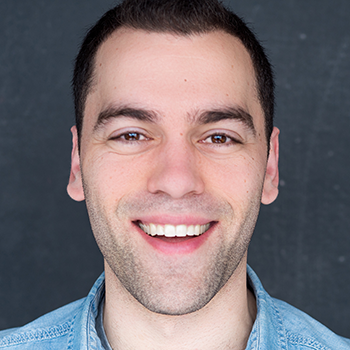