Caroline Grogan (Mary Warren) Central Square Theater: debut. Caroline  is a born and bred midwestern girl from Dayton Ohio.  A recent graduate from NYU’s Tisch School of the Arts as both a Drama and Journalism major, Caroline was trained in the  Meisner technique. She is a lead performer for Puppetsburg, a Brooklyn based children’s puppetry company, and is both a teacher and grant writer for the arts nonprofit, Zara Aina. Most recently she was seen in a devised production written by Mona Mansour called Beginning Days of True Jubilation directed by Scott Illingworth, and Chuck Mee’s Jesus at 13th Street Rep. This is her first production with Bedlam. A huge thanks to her  family & friends for putting up with her shenanigans. Caroline-Grogan.com 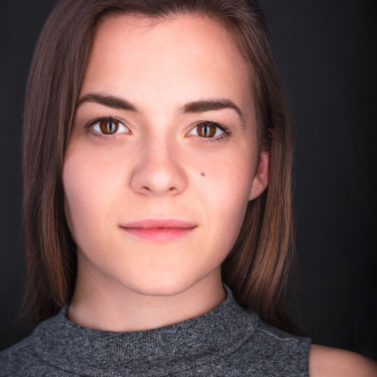