Playwright Caryl Churchill was born on 3 September 1938 in London and grew up in the Lake District and in Montreal. She was educated at Lady Margaret Hall, Oxford, where she read English. Downstairs, her first play, was written while she was still at university, and was first staged in 1958, winning an award at the Sunday Times National Union of Students Drama Festival. She wrote a number of plays for BBC radio including The Ants (1962), Lovesick (1967) and Abortive (1971). The Judge’s Wife was televised by the BBC in 1972 and Owners, her first professional stage production, premiered at the Royal Court Theatre in London in the same year.

She was Resident Dramatist at the Royal Court (1974-5) and spent much of the 1970s and 1980s working with the theatre groups ‘Joint Stock’ and ‘Monstrous Regiment’. Her work during this period includes Light Shining in Buckinghamshire (1976), Cloud Nine (1979), Fen (1983) and A Mouthful of Birds (1986), written with David Lan. Three More Sleepless Nights was first produced at the Soho Poly, London, in 1980.

Top Girls (1982) brings together five historical female characters at a dinner party in a London restaurant given by Marlene, the new managing director of ‘Top Girls’ employment agency. The play was first staged at the Royal Court in 1982, directed by Max Stafford-Clark, and transferred to Joseph Papp’s Public Theatre in New York later that year. Serious Money was first produced at the Royal Court in 1987 and won the Evening Standard Award for Best Comedy of the Year and the Laurence Olivier/BBC Award for Best New Play. More recent plays include Mad Forest (1990), written after a visit to Romania, and The Skriker (1994). Her plays for television include The After Dinner Joke (1978) and Crimes (1982). Far Away premiered at the Royal Court in 2000, directed by Stephen Daldry. She has also published a new translation of Seneca’s Thyestes (2001), and A Number (2002), which addresses the subject of human cloning. Her new version of August Strindberg’s A Dream Play (2005), premiered at the National Theatre in 2005. Her plays since then have included Seven Jewish Children – a play for Gaza (2009), Love and Information (2012), Ding Dong the Wicked (2013), Here We Go (2015) and Escaped Alone (2016). 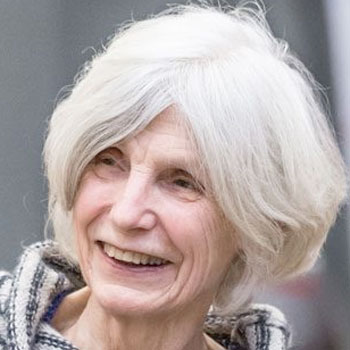