Christina Jones (Company) (she/her) is so excited to be a part of this production. She started out singing and has participated in various vocal competitions such as American Idol and Amateur Night at the Apollo Theater in Harlem, NY. She recently made her Speakeasy Stage Co. debut as Erzulie in Once On This Island. Other credits include: Cabaret (Ensemble), Shrek the Musical (Dragon), Big Fish (The Witch and Josephine respectively), and For Colored Girls Who Have Considered Suicide/ When the Rainbow is Enuf (Lady in Yellow). She is currently studying musical theater at Boston Conservatory at Berklee, and has an album out entitled You Were My Compass, with songs written by Kimiko Ishizaka. When she’s not studying or doing theater, you can find her writing songs and poetry. 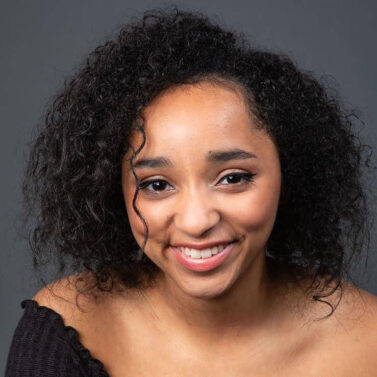