Jordan Harrison’s play Marjorie Prime, a 2015 Pulitzer Prize finalist, premiered at the Mark Taper Forum and recently had its New York premiere at Playwrights Horizons. A film adaptation is currently in production, directed by Michael Almereyda. Jordan’s play Maple and Vine premiered in the 2011 Humana Festival at Actors Theatre of Louisville and went on to productions at American Conservatory Theatre and Playwrights Horizons, among others. His other plays include The Amateurs, The Grown-Up (2014 Humana Festival), Doris to Darlene (Playwrights Horizons), Amazons and their Men (Clubbed Thumb), Act A Lady (2006 Humana Festival), Finn in the Underworld (Berkeley Rep), Futura (Portland Center Stage, NAATCO), Kid-Simple (2004 Humana Festival), Standing on Ceremony (written with Paul Rudnick, Doug Wright, and others), The Museum Play, and a musical, Suprema (O’Neill Music Theatre Conference).

Jordan is the recipient of a Guggenheim Fellowship, a Hodder Fellowship, the Kesselring Prize, the Roe Green Award from Cleveland Play House, the Heideman Award, a Theater Masters Innovative Playwright Award, the Loewe Award for Musical Theater, Jerome and McKnight Fellowships, a NYSCA grant, and a NEA/TCG Residency with The Empty Space Theater. His children’s musical, The Flea and the Professor, won the Barrymore Award for Best Production after premiering at the Arden Theatre. A graduate of Stanford University and the Brown MFA program, Jordan is an alumnus of New Dramatists. He is an Affiliated Artist with Clubbed Thumb, The Civilians, and The Playwrights’ Center. Jordan currently writes for the Netflix original series “Orange is the New Black.” 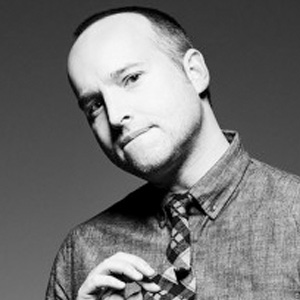