Kortney Adams* (Annabella Byron & Mary Somerville) (she/her) is a native of St. Louis, MO, but has been working as an actor, director, and teaching artist in Boston since 2002. Previous projects at CST include Young Nerds of Color, A Christmas Carol, Harriet Jacobs and the World Premiere of From Orchids to Octopi, all with Underground Railway Theater. Other regional credits include Peer Gynt (Concert Theater Works), A Human Being Died That Night (Sandra Feinstein-Gamm Theatre), Becky’s New Car (Lyric Stage Co. of Boston), Two Gentlemen of Verona (Commonwealth Shakespeare Company), Pippi Longstocking and Aladdin (Wheelock Family Theatre), Voyeurs de Venus (Company One), Doubt (Gloucester Stage Co.), After Mrs. Rochester (IRNE for Best Supporting Actress, Wellesley Summer Theatre), and the role of Barbara Demarco in the long-running hit Shear Madness. Recent films include “The Proposal”, “The Makeover”, “R.I.P.D.”, and “On Broadway”. Kortney is CST’s Director of Education and Community Initiatives, and also the Managing Director of Theatre Espresso, which uses Theatre in Education to introduce young people to issues of social justice and the law. 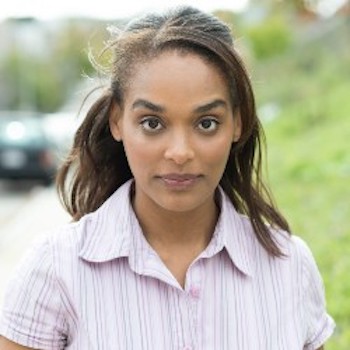