Luther Henderson is and Arranger, Musical, Director and Pianist. Born on March 14, 1919 in Kansas City, MO, Henderson moved to Harlem with his family and became neighbors with Duke Ellington at age four. Ellington would become a major influence on Henderson’s life, beginning in the late 1940s and early 1950s when he adapted and orchestrated some of Ellington’s larger works, such as “Harlem — A Tone Parallel” and “Three Black Kings,” for performance in a concerto grosso format by Henderson’s orchestra and another symphony orchestra. Henderson’s classical training at the Juilliard School and music study at New York University led Ellington to dub Henderson “his classical arm.” His talents included composing, arranging, conducting, and performing, and he was hired by Ellington in 1946 to orchestrate his Broadway musical, Beggar’s Holiday.

Henderson worked on more than 50 Broadway productions in various capacities. For Ain’t Misbehavin’, he was the original pianist as well as orchestrator, arranger, and musical supervisor. For Lena Horne: The Lady and Her Music, he was the musical consultant and arranged several selections. He orchestrated such musicals as the Tony Award-winning Raisin, Play On!, and Jelly’s Last Jam. As a dance arranger, Henderson’s credits included Flower Drum Song, Do Re Mi, Funny Girl, and No, No Nanette. His skill in bringing a jazz sensibility to musical theater was much in demand. For Jelly’s Last Jam, he rearranged Jelly Roll Morton’s jazz compositions and musical fragments into a hit musical; Ain’t Misbehavin’ used the music of jazz great Fats Waller as a base.

Henderson’s talents extended to the arena of television, where he held positions as musical director, orchestrator, arranger, and pianist for the Columbia Pictures television special Ain’t Misbehavin’ for which he received an Emmy nomination.

Albums to his credit included several with the Canadian Brass Quintet and Eileen Farrell’s I Got a Right to Sing the Blues, which was re-released in 1992. For Columbia Records, the Luther Henderson Orchestra recorded six albums. In addition, Henderson contributed to various albums recorded by the Duke Ellington Orchestra, the Andre Kostelanetz Orchestra, the Royal Philharmonic, Mandy Patinkin, Polly Bergen, Anita Ellis, and others. Henderson’s composition “Ten Good Years,” with lyricist Martin Charnin, was recorded by Nancy Wilson on her Coconut Grove album.

Henderson died of cancer in 2003. His widow, Billie Allen- Henderson, created the Luther Henderson Scholarship Fund at the Juilliard School in New York in 2006 for students of color to pursue musical study. 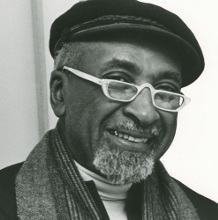