Melinda Lopez (Arranger) (she/her) is a multiple award winning playwright and performer, and is thrilled to return to Central Square Theater. Past work at CST includes replacing a pregnant Debra Wise in Are You Ready My Sister?, and writing How Do You Spell Hope and From Orchids to Octopi for the bicentennial of Darwin’s birth — and the 150 anniversary of the publication of Origin of Species. She is the recipient of the 2019 Elliot Norton Award for Outstanding Achievement, recognizing her 20-year career as and playwright, performer and educator. She was a member of the Mellon Foundation’s National Playwrights Residency Program, and is currently the Playwright-in-Residence at the Huntington Theatre Co. where she helps produce the Dream Boston podcast series and works with the Artistic Team.  Plays include: Mr Parent, Lyric Stage Co. of Boston & Hartford Theatreworks;  Living Water (co-written with Micah Rosengrant) Walking Plays, Lyric Stage Co. of Boston, Black Bean Play (Zoom Play, Huntington Theatre Co) Co-created with Joél Perez, Yerma Adaptation, Huntington Theatre Co., Mala (Elliot Norton Award for Outstanding New Play, available on Audible.com in Spanish and English.) Other work includes: Back The Night, Becoming Cuba, and Sonia Flew (Elliot Norton Awards for Outstanding New Play and Outstanding Production.)

Her plays have been performed nationally and internationally including the Guthrie Theatre, Steppenwolf, Williamstown Theatre Festival, Huntington Theatre Co., The Laguna Playhouse, Cuban National Theatre Festival, and many many more.) Melinda also performs on stage, radio and in film.

Ms. Lopez is active providing humanitarian aid for the people of Cuba, and was mentioned by President Obama in his speech to the Cuban and American people in 2016. Mayor Marty Walsh declared October 29, 2016 “Melinda Lopez Day in the City of Boston.  She currently teaches the MFA Playwriting candidates at Boston University and  is a  Professor of the Practice at Northeastern University. 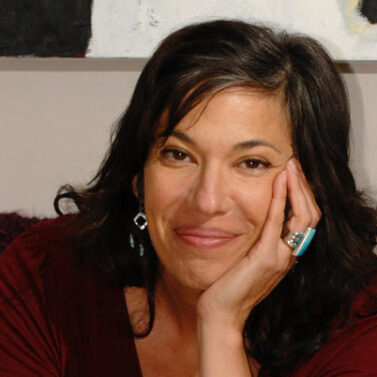