Murray Horwitz became the host and co-producer (with Jill Ahrold Bailey) of WAMU’s The Big Broadcast in June of 2016. Murray is a Tony Award-winning playwright, lyricist, and director, whose accomplishments include originating the hit NPR comedy quiz, Wait, Wait…Don’t Tell Me, co-authoring the hit Broadway musical Ain’t Misbehavin’, and writing the song lyrics for John Harbison’s The Great Gatsby at The Metropolitan Opera. He has been called, “My first mentor” by Hamilton creator Lin-Manuel Miranda.

In 2016, Murray collaborated on a new musical, Born For This: The BeBe Winans Story, at the Alliance Theater in Atlanta and Arena Stage in Washington. He is Director of Special Projects for Washington Performing Arts, for whom, in 2014, he wrote and directed Of Thee We Sing: The Marian Anderson 75th Anniversary Celebration. His other playwriting credits include Hard Sell at the Public Theater in New York; RFK – The Journey to Justice for L.A. Theatreworks; Freedom Rider, at the University of Missouri/Kansas City: and a musical for young audiences, The Magic Tree House: A Night In New Orleans with Allen Toussaint and Will Osborne. He is an occasional commentator for NPR News, and appears with Susan Stamberg in NPR’s annual special, Hanukkah Lights.

The winner of three Peabody Awards, a Tony for Ain’t Misbehavin’, two National Medals of Arts (for NPR Cultural Programming and Washington Performing Arts), and the Order of Arts and Letters from the government of France, Mr. Horwitz began his career as a clown in the Ringling Bros., Barnum & Bailey Circus. 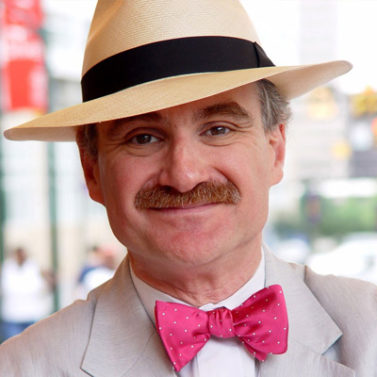