Richard Maltby, Jr. (b. Ripon, WI, 6 October 1937) is a lyricist, director, book and screenplay writer, producer, creative consultant, and all-round theatrical idea-man. He is also a formidable award-winner: he conceived and directed the only two musical revues ever to win the Tony Award® for Best Musical: Ain’t Misbehavin’ (1978) and Fosse (1999).

Maltby’s father, Richard Eldridge Maltby, Sr., was a well-known music arranger (Benny Goodman’s “Six Flats Unfurnished”) who moved from Chicago to New York in 1945 – when young Richard was seven – to work with Paul Whiteman, etc. The elder Maltby arranged and conducted for the likes of Peggy Lee, Sarah Vaughan, Johnnie Ray, Vic Damone and Ethel Merman, achieved fame on his own in 1954 with such recordings as “The St. Louis Blues Mambo” and “The Man with the Golden Arm,” recorded multiple albums for Columbia and RCA, and for the next twenty years had a traveling dance band. Thus his son, growing up, was no stranger to show business.

As an undergraduate at Yale, Richard Maltby, Jr. collaborated with composer David Shire on two musicals. Their partnership continued after college, resulting in full scores for at least half a dozen shows – The Sap of Life was produced off-Broadway in 1961, and in the next decade, five of their songs were recorded by Barbra Streisand, including “Autumn,” the first song they wrote together for a show at Yale; and “Starting Here, Starting Now” featured prominently in Sreisand’s 1966 television special and companion album Color Me Barbra. In 1970 Shire departed for California to write music for films, and Maltby chose to stay on the east coast to pursue a career in the theatre as a writer/director. 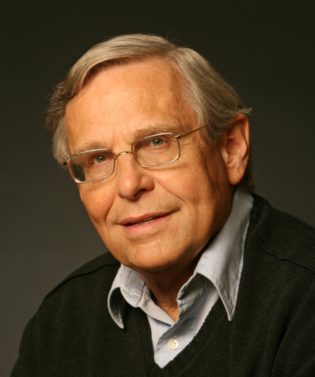