Ryker Christensen (Cratchit Boy et al.) is extremely proud to be joining the cast of A Christmas Carol. Ryker lives in Boston’s South End with his family. He attends the Hurley K-8 School and is receiving a bilingual education. He is in the fourth grade, and his favorite subjects are English and Math. Ryker was the fourth runner up for Actor of the Year at IMTA NYC this past summer. He has appeared in several school plays and this is his debut in a major theater production.  Ryker enjoys dancing and has performed several times in the Urbanity Dance Annual Showcase. He also loves playing soccer on his travel team, skiing and little league baseball. Ryker would like to thank his mom, dad, identical twin, Rowan, sisters, Emily and Faye and his brother, Nick, for their love and support. He is also thankful to the Central Square Theater and Underground Railway Theater for the opportunity to join the cast this holiday season. 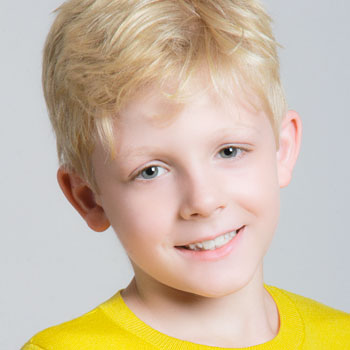