Thomas Derrah returns to CST after directing The Hound of The Baskervilles. He is a founding member of the American Repertory Theatre, where he has performed in 120 productions. Mr. Derrah appeared on Broadway in Jackie; an American Life as well as Off Broadway in several productions; Theatre for a New Audience, Provincetown Playhouse, The Joyce Theatre. Nationally he has acted at ACT, the Alley Theatre, the Berkeley Rep, The Doolittle and Geffen Theatres, The Goodman (as Kaa in the world premiere of Mary Zimmerman’s stage version of The Jungle Book) as well as Huntington Theatre Co., SpeakEasy Stage Co., Commonwealth Shakespeare, Stoneham Theatre and directed God’s Ear for Actor’s Shakespeare Project (Elliot Norton Award; best midsize production, 2015). Mr. Derrah has also performed extensively in festivals throughout Europe and Asia, and has toured France in the title role in Julius Caesar for the Centre Dramatique Nationale d’Orleans. Film and television credits include Mystic River, Pink Panther II; many TV voiceovers and narraations; Fools Fire, written and directed by Julie Taymor for American Playhouse and Sganarelle for London’s Channel 4. Mr. Derrah is the recipient of the Elliot Norton Award for Sustained Excellence, and several other awards for acting and directing, including a Los Angeles Dramalogue Award. He teaches acting at Harvard University, MIT, is on the faculty of The ART Institute For Advanced Theater Training and is a graduate of the Yale School of Drama. 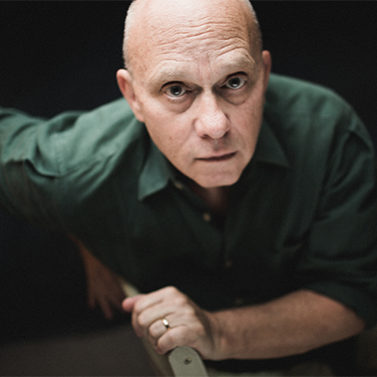