Tina Packer, is a leading authority on Shakespeare, not only in America but in the world. At Shakespeare & Company Tina has directed over 50 Shakespeare productions, as well as new and contemporary works including the world premieres of The Taster, Ice Glen, The Scarlet Letter by Dr. Carol Gilligan, Summer, adapted from Edith Wharton by Dennis Krausnick, and The Fly-Bottle by David Egan. Other productions of note include the critically-acclaimed King John, Othello, King Lear, Macbeth, Coriolanus, Richard III, The Merchant of Venice, A Midsummer Night’s Dream, Julius Caesar, Henry IV, Part 1, and most recently an all-male production of Coriolanus in England for the Mercury Theatre in Colchester. Last summer at Shakespeare & Company, Tina also channeled Texan journalist Molly Ivins in the hit one-woman show Red Hot Patriot: The Kick-Ass Wit of Molly Ivins. Previously for Shakespeare & Company, Tina took on the Queen of the Nile when she played Cleopatra in the Company’s 2007 season’s critically-acclaimed production of Antony and Cleopatra. Other S&Co. roles include Queen Gertrude in Hamlet where she played opposite her son, Jason Asprey, in the title role, and her husband, Dennis Krausnick, who played Polonious. Audiences flocked to see Tina as Lettice in Lettice and Lovage, and her many turns as Edith Wharton and Shirley Valentine which she has played numerous times over the past 30 years. Tina trained at the Royal Academy of Dramatic Art, where she won the Ronson Award for Most Outstanding Performer. In Britain, she was an associate artist with the Royal Shakespeare Company, performed in the West End, and acted with repertory companies in Glasgow, Edinburgh, Leicester, and Coventry. She also worked for the BBC and ITV television companies and in film. She has worked with John Barton, Peter Hall, John Schlessinger, Sir Ian McKellan, Paul Scofield, Janet Suzman, and Ian Richardson, among others. 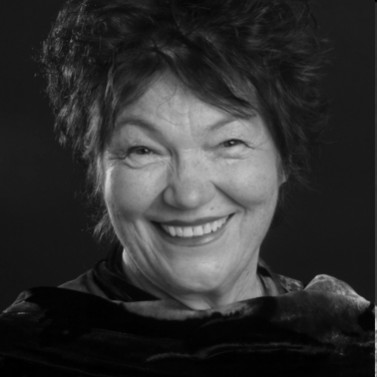