William Makepeace Thackeray was born in Calcutta on 18 July 1811. Both his parents were of Anglo-Indian descent, and his father, Richmond Thackeray, was appointed to a lucrative position as Collector of a district near Calcutta soon after William’s birth. Richmond Thackeray died of a fever in 1815, and his son was sent home to England at five years old to be educated, stopping at St. Helena on the way and having a servant point out to him the prisoner Napoleon, who “eats three sheep every day, and all the little children he can lay hands on!” (Ray 1.66). The separation from his mother, who stayed in India to marry her childhood sweetheart, was recalled by Thackeray nearly half a century later–“A ghaut, or river-stair, at Calcutta; and a day when, down those steps, to a boat which was in waiting, came two children, whose mothers remained on shore” ( Ray 1.65)–and his reunion with her a few years later informs young Henry Esmond’s first vision of Lady Castlewood. Though Thackeray’s recollections of his early years in India were scanty, the culture of Anglo-Indians figures prominently in a number of his works, including The Tremendous Adventures of Major Goliah Gahagan, Vanity Fair, and The Newcomes. 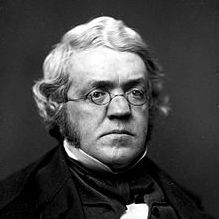