I was born to be an activist and educator. There was no possibility of me ignoring the world around me or sitting on the sidelines. As a second-generation American Jew of mixed heritage, with family who escaped pogroms and the Holocaust, the act of being born was already a form of resistance.

I was in eighth grade when Trayvon Martin was killed. Attending a majority white private school, I was surrounded by excuses (“Well, if he had just put the skittles in a bag…” “If he had just taken his hood down…”), but I knew why he was killed. He was killed for being Black. Trayvon Martin was not the first Black boy to be killed because of the systemic racism in this country, but it was his death, widely publicized on social media, that set me on the path to anti-racism work.

When I was 15, Michael Brown was murdered. I was 16 when we learned he would not get justice. I took to Twitter to express my disgust with the injustice, which resulted in a lot of arguing with only 140 characters. The next day, instead of talking about the actual issue, the murder of Michael Brown and the injustice that followed, my school decided to focus on what was “appropriate” social media use. When an institution focuses on the potential negative effects of social media instead of the activism created, they are taking the safe route. Of course social media is complicated, as well as social media activism, but standing up for the rights of human beings is not complicated.

I was constantly warned growing up that our social media presence is investigated by potential employers almost as much as our resumes. One wrong step and you could be unemployed, or not be hired in the first place. Naturally, there is a distinction between employers not wanting to see pictures of me at a frat party, and me sharing my political beliefs. My activist and personal profiles are all public, and proudly display my beliefs in highlights or pinned posts, and my wild college years stay documented on a private account.

It is my belief that Central Square Theater shares the values that I post on my social media. When I post about something I am passionate about, I know that I represent Central Square Theater. There is an entire discussion to be had about whether or not your employer should have such access to your personal life, but I believe that any one of my posts represents CST’s values. If CST and I were not aligned in our fight for social justice, I wouldn’t be working for them. Who I am as a person and who I am as an employee can’t be separated. I am a passionate, hard-working, outspoken individual, and that carries over into my workplace. CST has shown me they are a theater that values everything I bring to the table as a human being, not just as a theater worker. Theater, more than other jobs, is about humanity. We must be able to take our personal values and connect them to our industry. We can’t create anti-racist theater without also being anti-racist in our personal lives.

Social media, whether it is for an individual or a theater, is intertwined with anti-racism work, and will continue to be whether we like it or not. Social media activism has created movements, spread information, and educated the ignorant, all in a very public way. The publicity of social media has forced the theater industry and theater workers to take a closer look at how systemic racism has permeated every facet, from casting to employment. A majority of theater call-ins, or telling a theater when they have made an oppressive comment or action, are happening on Twitter and Instagram. It is an expectation now that a theater will respond publicly to these call-ins. “We See You, White American Theater,” for example, was created on social media, and began as an anonymous collective of BIPOC theater workers who exposed racist practices within specific theaters and the industry as a whole. WSYWAT (as it is abbreviated) was a catalyst for more public responses from theaters, especially as they expanded their work beyond anonymity to publish multiple articles on Medium as a collective.

Theaters, now, are socially obligated to put anti-racism statements on their websites to demonstrate that they are doing the work required to create a more equitable industry. The public nature of social media puts pressure on predominantly white institutions to be very visible about their values; it additionally opens up a line of communication between the theater and patrons from around the world. We must lean into discomfort to create a more equitable industry, whether that means having difficult conversations or making peace with the larger role social media has in our lives and activism. I challenge all of us, including myself, to stand up and speak out for what we believe in, whether it is online or in the workplace. 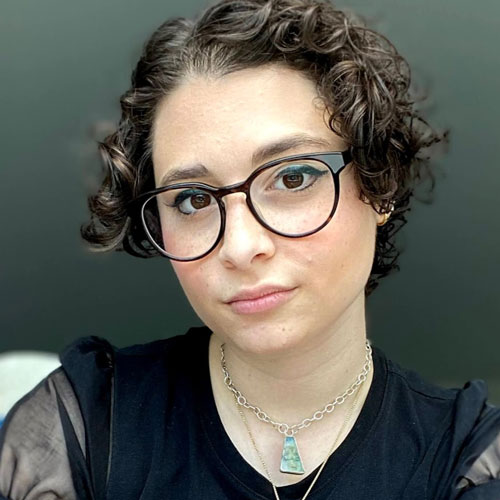 AJ Helman (they/them/theirs) is a theater artist and educator with a specific interest in activist theater. They have been with Central Square Theater for a year, starting as an intern and later becoming a part-time staff member as the Education Assistant. AJ completed a BFA in Theater Education and Performance from Emerson College in 2020 and looks forward to continuing their professional journey in the theater industry.