Kate and Huntley Hartley, atheist Manhattanites, anxiously await the arrival of their daughter, up-and-coming television news producer Kitty, and her new beau Paul, for dinner—and much, much more. When Paul turns out to be an Evangelical Christian educator—the liberal, cultured Kate’s worst nightmare—everything is turned upside down as Kate tries to scuttle the budding romance. The uproarious Jennifer Coolidge (American Pie, Best in Show, and TV’s 2 Broke Girls) makes her Boston debut as Kate, the ruthless, unfiltered, and politically incorrect matriarch in Marisa Smith’s hilarious comedy.

Subscribe to our 2015-2016 Season and save 67% with early bird pricing and guarantee yourself a seat!

Already a Subscriber?
Reserve your tickets by logging into Account.CentralSquareTheater.org or by calling 617.576.9278 x1. 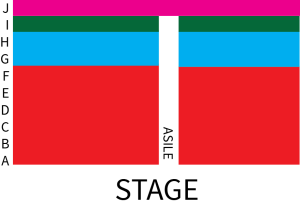